All Mitt “Willard” Romney has left in his wreckless-feckless campaign is his wife – Ann – who can only chide fellow GOPers – “You’re Lucky To Have Mitt”.

I just gotta stick my fingers down my throat and start the “rinse” cycle.

It was Ross Perot himself who uttered that most-apt phrase – as applied to the Romney Campaign in 2012 – a phrase that Perot made during his own 1992 Presidential campaign bid –  “That Giant Sucking Sound”. 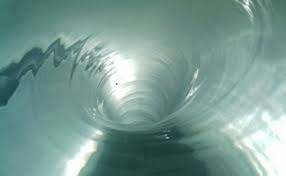 That “sound” is palpable everywhere with regard to the Romney Presidential Campaign.  Willard has pulled the plug on his own campaign and now you can start to hear the “gurgling” of water gushing down the drain.

With today’s release of his 2011 Federal Tax Returns showing a 14.1% income tax rate  –  this in itself might very well be the final nail in Willard’s coffin.  It couldn’t have come at a worse time for him, politically.

This must be Mitt’s macabre version of the “Trickle-Down” Theory – now playing itself out on him and his political fortunes.