Below are excerpts from the latest information by Bev Harris of Black Box Voting.  Romney’s tentacles are quite extensive as evidenced by a subsidiary of his company – BAIN & COMPANY – owning the voting machines in 2/3 of the counties in COLORADO.

“And then there is the matter of alleged Romney ties to the second-biggest voting machine manufacturer in America. These connections are being minimized by Internet outlets like Snopes, but the straight truth is that Hart Intercivic, the firm that supplies two-thirds of Colorado counties with their voting machines, is now owned by a spin-off of Bain & Company (H.I.G. Capital).”

“A majority of Hart’s directors are now H.I.G. guys, and the directors of H.I.G. are Romney bundlers and donors who don’t hedge their bets by donating to any other presidential candidate.”

“This isn’t the first time Romney has had his buddies in charge of crucial election processes this year. Some weeks after the misreported figures in the Iowa caucus, which incorrectly cited Romney as the winner, Black Box Voting uncovered that Romney staffers had been brought in to run the Iowa Caucus, and the Nevada Caucus too.”

“Romney’s business buddies owning Colorado’s main voting machine company demonstrates, at the very least, an appearance of impropriety, but it carries with it something more:  Actual opportunity to alter results.”

“The Hart system has built-in secret functions in its system, discovered by researchers in the Everest Study commissioned by then-Ohio Sec. State Jennifer Bruner. “Undocumented functions” are accessed through the registry, geek territory for most of us but accessible by any administrator. Voting systems are supposed to be certified and they are not supposed to contain “undocumented functions” accessible through sophisticated built-in back doors into the registry. These are certainly not accidental and not even the researchers for the EVEREST study were able to determine what these functions do.”

Romney is not only a vulture capitalist but a vote vulture as well. Romney definitely believes in stripping the bark off of the tree in any venue he operates in.  I’d classify him as a modern-day Velociraptor with tombstone eyes and a reptilian smile. 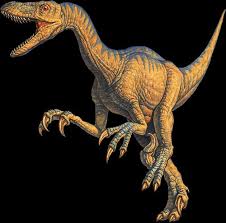