The GOP is out of “wiggle” room and they’re going AFTER Social Security via their latest proposal in the ongoing Fiscal Cliff Crisis – insisting that the Cost-Of-Living Index for Social Security be pegged at a lower formulaic rate – the Chained CPI Index instead of by the current, less-onerous method.

This Chained CPI Index would break down as follows:

So now, Republican Senate Minority Leader Mitch McConnell (KY) has reportedly approached Vice President Joe Biden to use the Veep’s past Senatorial expertise in the hope that the Veep can help resolve the stalemate in the negotiations between the Democrats and the GOP in their ongoing efforts to avert the Fiscal Cliff that is already at hand (January 1st).

Social Security and Medicare have not contributed one damn dime to our deficit. Democratic Senate Leader, Harry Reid, has repeatedly pledged that any fiscal deal would NOT involved Social Security.

Looks like this thing is going to go into extra innings.

It now looks like the President will ask Senator Reid to put a scaled-down bill on the floor of the U.S. Senate on Monday for a simple up or down vote.  Most likely the bill will consist primarily of two components:  (1) an extension of unemployment benefits for some 2,000,000 Americans whose current benefits will expire at year’s end; and (2) no increase in taxes for families making less than $250,000/year and individuals making less than $200,000/year.

There you have it – in a nut shell.

So now you know the GOP for what it really is – the turd in the punch bowl. 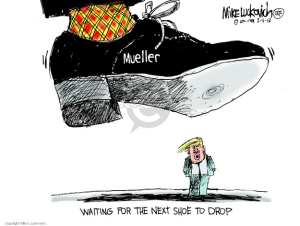