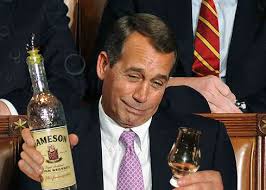 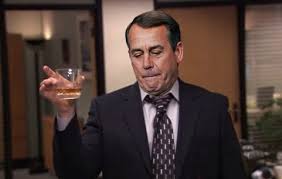 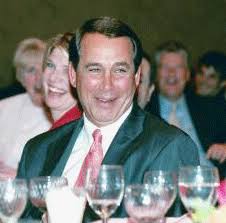 Here’s the down-and-dirty, the real “skinny” on Boner-Man from former Ohio Republican Congressman, Rep. Bob Ney, himself involved in a scandal and sentenced to 11-months in a Federal Penitentiary.  Just this month Ney’s 377-page tell-all memoir, Sideswiped: Lessons Learned Courtesy of the Hit Men of Capitol Hill was released and his most damaging revelations are against the current Republican House Speaker, John Boehner (OH).

Below is the source publication (National Journal) regarding the pointed accusations against Boehner by his fellow-Ohioan and former Republican Congressman, Bob Ney:

Bob Ney, who was imprisoned for his role in the Jack Abramoff scandal, has some scores to settle.

Former Congressman Bob Ney has spent time in India with devotees of the Dalai Lama since being released from prison. (Tsering Chonay)

“a bit lazy” and “a man who was all about winning and money. He was a chain-smoking, relentless wine drinker who was more interested in the high life–golf, women, cigarettes, fun, and alcohol.”   He said Boehner “spent almost all of his time on fundraising, not policy.” He “golfed, drank constantly, and took the easy way legislatively.”  Ney recalled Boehner handing out checks on the House floor and said his ties with a tobacco company were so tight that lawmakers could get free cigarettes from Boehner’s office.  His golfing, Ney said, was “nonstop” and “paid for by lobbyists.”

Boehner, you’re not only Anonymous (as in being of no perceptible impact upon your surroundings) but Ominous as well (as in being the Speaker of the House, 3rd in line to the Presidency).

President Obama, when push-comes-to-shove, you need to do both NOW!  You’re a dead man walking unless you get the few amenable Senate Republicans to put the kibosh on the Thug From Ohio.  Republican Senators such as Bob Corker (TN) and Lindsey Graham (SC) would be the right place to start in the push to finally shove Boehner hard enough so that he’ll get “with the program” before you are forced to put him “in a program” (AA).