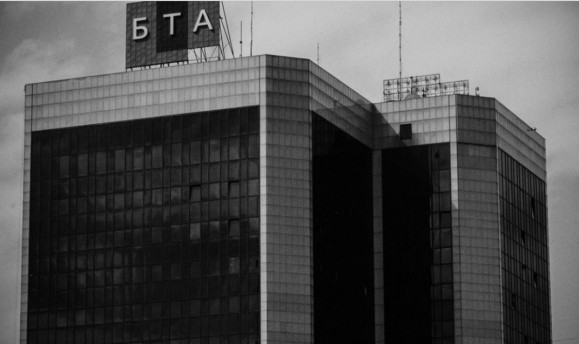 Do   For eight years, Kazakhstan’s BTA Bank has waged a legal war on three continents against former Chairman Mukhtar Ablyazov – over $4 billion in missing bank assets. Now, court cases playing out on both sides of the Atlantic could pull back the curtain on whether some of those funds wound up in properties developed by former associates of Donald J. Trump.

Kazakh investors were drawn to the allure of the Trump brand and a country with the rule of law, according to Kate Mallinson, a partner at Prism Political Risk Management Ltd. in London and an expert on Kazakhstan. “The Kazakhs learned from Russia that a Trump property was a safe place to park your money for a while,” she said, pointing out that capital flight from the country, fueled by political uncertainty, probably reached a peak in 2012.

BTA Bank, once the Central Asian nation’s biggest lender, has accused Ablyazov of embezzling billions of dollars’ worth of mines, hotels, shopping centers and other assets in the former Soviet bloc between 2005 and 2009. Even as the lender sought to recover those holdings, Ablyazov and members of his family were funneling hundreds of millions of dollars into properties in Europe and the U.S., including three condominiums in a 46-story luxury development in lower Manhattan known as Trump SoHo, court documents allege.

Ablyazov enlisted his son-in-law, Iliyas Khrapunov, to help him conceal his assets, according to sworn statements from former associates of the fugitive financier. The previously reported purchases in Trump SoHo, developed by Bayrock Group LLC in partnership with the Trump Organization, were made by members of Khrapunov’s family, the bank has alleged in court documents. Khrapunov also worked on a separate deal with Felix Sater, a former Bayrock executive and onetime adviser to Trump.

Ablyazov, who held a majority stake in BTA Bank, said in the interview that he legally owned the properties and stakes in companies he acquired during his spell as chairman. He said he earned $200 million in 2007 from his investments and that his net worth in 2009 was $6 billion. While he held his assets in shell companies in Cyprus and other offshore havens, he said he wasn’t fleecing the bank — he was trying to keep them out of the hands of Nursultan Nazarbayev, Kazakhstan’s president since 1991.

“The charges laid against me are false, artificial and wrong,” Ablyazov said in Paris.

While at BTA Bank, Ablyazov sold billions of dollars of bonds and borrowed from banks including Credit Suisse Group AG and JPMorgan Chase & Co. Then he turned around and used a unit inside the bank called UKB6 to lend money to investment projects throughout the former Soviet bloc, according to judgments entered by U.K. courts.

The borrowers themselves were shell companies controlled by Ablyazov, the judges concluded. They said he siphoned so much capital out of BTA Bank that by the time the global financial crisis struck in 2008, the lender was crippled. The government nationalized BTA Bank in February 2009, and a few months later it defaulted on more than $12 billion of debt. The bank’s lawyers plan to show how they used these shell companies to hide and launder assets. One in particular has come into focus: Swiss Development Group SA, a Geneva-based firm.

Starting in 2011, Khrapunov turned SDG into a machine for laundering his father-in-law’s wealth, according to a sworn statement filed in court by Nicolas Bourg, a Belgian businessman who had worked at SDG. In that 2016 declaration, Bourg stated that Khrapunov directed him to set up a real estate fund as an SDG subsidiary. He said he created a series of investment entities in Luxembourg that all answered to Khrapunov, and ultimately to Ablyazov.

Khrapunov, who denied the allegations, also helped launder about $300 million for his father, Viktor Khrapunov, who’s accused of embezzling the money from Almaty when he was its mayor from 1997 to 2004, according to a lawsuit the city and BTA Bank filed in federal court in New York in 2015.

Now, for the link to Donald J. Trump — Iliyas Khrapunov first crossed paths with Felix Sater in 2008. Sater, in turn, was a business associate of Donald Trump in Trump Tower ever since 2002 while working out of Bayrock, a small real estate investment firm located on the 24th floor of Trump Tower. Sater and Bayrock founder Tevfik Arif had been hopscotching from Moscow to the Cote d’Azur hitting up oligarchs for investments in Trump-branded projects since 2004, according to a person who worked at Bayrock at the time.

With his Brooklyn accent and outer-borough savvy, Sater had a gift for schmoozing investors, the person said. He clicked with Trump, and the two met often at Trump Tower to talk business. Bayrock and the Trump Organization had projects percolating in New York, South Florida, Phoenix and Denver, and were even eyeing one in Moscow. In 2008, SDG and Bayrock joined forces to turn the Hotel du Parc on Lake Geneva into 24 “ultra-luxury” residences, according to court documents in the U.S. and a Bayrock presentation.

Thus, East Meet West. In a nutshell, Donald J. Trump thoroughly embraced “wind-fall” investments from Eurasia well before the 2016 presidential election. Ill-gotten gains to say the least! Putin is quite aware of all of this and could easily regurgitate it back at great length and in great detail! Hence, the “dirt” that Putin has on + over Donald J. Trump! If that’s not being compromised, I don’t know what is!