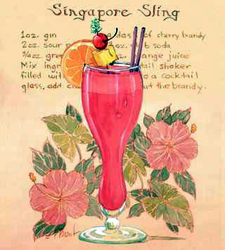 Rocket man has been given his marching orders from “Big Daddy” — Xi Jinping!  They are — you can “talk” but you don’t ever “give it away”.  Don’t forget who brought you “into the world”.  Mr. Trump is a bumbling baboon – you may have your photo op – you will finally become a world leader – and then you will return to Pyongyang – without any change in your military arsenal.

Secretary of State Mike Pompeo and National Security Advisor John Bolton would like an immediate “stand-down” in Kim’s nuclear stockpile – total, irreversible dismantlement.  There is no Plan-B. In the entire history of the worlld there has never been a single-instance of 1 meeting that was therein followed by a total dismantlement of a major weapons systems by any nation – anywhere – in human history!

Today – May 29, 2018 – Trump just slapped a 25% tariff on $50-billion worth of Chinese imports into the U.S. – the kinds that have “technological” significance. Gee, I wonder if the great “Orange One” is trying to squeeze China into LEANING on Korea one last time to “dislodge” Kim Jong Un from his fixed position of never relinquishing any nuclear warhead in any negotiation with the big, bad U.S. of America.

Trump is way outside of his depth and this latest ham-handed approach to impose gargantuan excise constraints on premium Chinese exports to the U.S. is the clearest indication of this.  This is a meat-cleaver approach and the Chinese can see this and they will never give an inch or refrain from backing up Kim Jong Un in any settlement discussions on limiting or eliminating Kim’s nuclear arsenal.

Singapore has now been reduced to – at best – a meet-and-confer event between 2 world leaders and the chance to “shake hands” for the cameras.  If Trump wants to call this a victory, then he really is a pygmy of epic proportions.  As are his pin-head supporters.  BTW, they are over 90% WHITE!!!

Shake, rattle & roll — that’s ALL Trump & his administration have going for them.  Fuck’em! — Robert Mueller will put the hammer down this summer and nothing – and i mean nothing – is going to slow down the inevitable arc of history! Trump & Pence will be bounced from power by a Congress that will be forced to “take its medicine” by an ex-marine, Princeton graduate, decorated war veteran – Vietnam – who, in the words of an ex-CIA official — if you cross him – he will “crush” you!

The Great Singapore Summit will be a great Kabuki performance and nothing more!  The blue wave is coming in November and Donald & Mike better have their “affairs in order”.