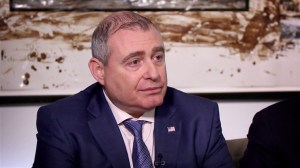 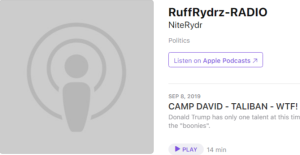 Lev was working with Rudy G. (your dedicated private attorney) on behalf of yourself – as a private client.  Whatever Rudy G & Lev were doing in Ukraine was on your behalf – your personal/private behalf – not on our country’s behalf/benefit!

And, what were Rudy & Lev actually doing in Ukraine, you ask?  Well, for starters, they were trying to manuever the newly-elected President of Ukraine – Volodymyr Zelensky – into ANNOUNCING an investigation of Joe Biden’s son, Hunter, who happened to be serving on the board of the Ukraine gas giant – Burisma!

How were they to accomplish this task, you ask?

By woking hand-in-glove with the current Ukrainian General Prosecutor – Yuri Lutsenko – whereby Rudy & Lev would cause the removal of the U.S. ambassador to Ukraine – Marie Yovanovich – who was rooting out corrupt Ukrainian politicians like Yuri Lutsenko, himself – and in exchange – Lutsenko would dig up dirt on Hunter Biden & thus sully the reputation of Joe Biden, Hunter’s dad.  This would make Biden a much weaker political rival to Trump in the 2020 presidential campaign.

All of this was occurring well before Trump’s infamous July 25, 2019 phone call to newly-elected Ukrainian president – Volodymyr Zelensky. Trump even said – during that call – that Marie Yovanovich – the U.S. ambassador to Ukraine – would “go through some things”.  She had – in fact – as she was ultimately called back home in April – out of real concerns for her well-being & physical safety.  Apparently she was being menacingly tracked/monitored hourly by Trump apparatchicks on up to her recall date in April.

Lev Parnas, appearing on the Rachel Maddow show this past Wed. – January 15, 2019 – unequivocally said that Trump knew exactly what he & Rudy G. were engaged in during their time in Ukraine’s capital – Kyev.  Lev Parnas was able to meet with senior aides of Pres. Zelensky because of his close working association with Rudy G. which he used as an official calling card or introduction to the various aides & officials of the Ukrainian government that he personally met with.

Parnas was quite clear about his mission with these individuals emphasizing that he – Lev Parnas – was there in Ukraine on Trump’s express behalf – his express “personal” behalf.  In other words, Parnas made it clear that he was advancing Trump’s private interests & not those of the United States.

The overriding interest for Donald Trump was for the Ukrainian president to go on television immediately and announce the investigation into Hunter Biden.  According to Parnas, he informed his Ukrainian counterparts that unless this was done the Trump administration would withhold not just military aid – but ALL aid – from Ukraine.

Ukraine was in dire straits – fighting a military conflict in Eastern Ukraine against a well-entrenched Russian-backed Ukrainian militia force along with a complement of actual Russian military troops embedded within these units.  There was no television announcement by Zelensky immediately afterwards but by September the whistle-blower had made this all moot – unnecessary.  The cat was out of the bag.

Congress had already approved $400-million in military aid to Ukraine in the early part of 2019 & under the 1974 Impoundment Control Act that aid was required to be provided to Ukraine. Nothing could be used to interfere with that Congressional authorization – admin. policy or otherwise.  The Trump administration was unlawfully withholding that duly authorized military aid and just this week the non-partisan GAO – the Governmental Accounting Office – came out and said that that funding freeze by Trump was against the law – the 1974 Impoundment Control Act.

So, to get back to Lev Parnas – while he was being interviewed by Rachel Maddow on Tuesday night – he unequivocally pointed out that Trump was at the center of this military aid freeze – that he personally directed this freeze – that he was, in fact, using both Parnas & Rudy G. to pressure the Ukrainian government & the newly-elected president, Volodymyr Zelensky to make that public announcement of a Biden investigation on their national television – in exchange for receiving $400-million of badly needed U.S. military aid.

This is an absolute abuse of presidential power on the highest level.  So, that’s who Lev Parnas is and why he said the things he said on MSNBC this week about Trump. This is not just a quid-pro-quo – it is extortion – criminal extortion – by a sitting president.

So, get ready – for the Impeachment trial, all y’all’s.  Trump supporters – history is going to run over you like a bus. over & over & over again!  You’ll have tire tracks up & down your sorry-assed backs.  Now, let’s Make America Groovy Again! 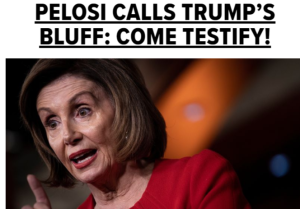 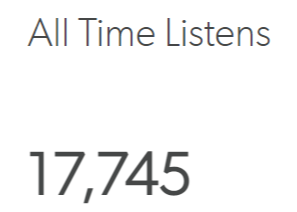