Lev was working with Rudy G. (your dedicated private attorney) on behalf of yourself – as a private client.  Whatever Rudy G & Lev were doing in Ukraine was on your behalf – your personal/private behalf – not on our country’s behalf/benefit!

And, what were Rudy & Lev actually doing in Ukraine, you ask?  Well, for starters, they were trying to manuever the newly-elected President of Ukraine – Volodymyr Zelensky – into ANNOUNCING an investigation of Joe Biden’s son, Hunter, who happened to be serving on the board of the Ukraine gas giant – Burisma!

How were they to accomplish this task, you ask?

By woking hand-in-glove with the current Ukrainian General Prosecutor – Yuri Lutsenko – whereby Rudy & Lev would cause the removal of the U.S. ambassador to Ukraine – Marie Yovanovich – who was rooting out corrupt Ukrainian politicians like Yuri Lutsenko, himself – and in exchange – Lutsenko would dig up dirt on Hunter Biden & thus sully the reputation of Joe Biden, Hunter’s dad.  This would make Biden a much weaker political rival to Trump in the 2020 presidential campaign.

All of this was occurring well before Trump’s infamous July 25, 2019 phone call to newly-elected Ukrainian president – Volodymyr Zelensky. Trump even said – during that call – that Marie Yovanovich – the U.S. ambassador to Ukraine – would “go through some things”.  She had – in fact – as she was ultimately called back home in April – out of real concerns for her well-being & physical safety.  Apparently she was being menacingly tracked/monitored hourly by Trump apparatchicks on up to her recall date in April.

Lev Parnas, appearing on the Rachel Maddow show this past Wed. – January 15, 2019 – unequivocally said that Trump knew exactly what he & Rudy G. were engaged in during their time in Ukraine’s capital – Kyev.  Lev Parnas was able to meet with senior aides of Pres. Zelensky because of his close working association with Rudy G. which he used as an official calling card or introduction to the various aides & officials of the Ukrainian government that he personally met with.

Parnas was quite clear about his mission with these individuals emphasizing that he – Lev Parnas – was there in Ukraine on Trump’s express behalf – his express “personal” behalf.  In other words, Parnas made it clear that he was advancing Trump’s private interests & not those of the United States.

The overriding interest for Donald Trump was for the Ukrainian president to go on television immediately and announce the investigation into Hunter Biden.  According to Parnas, he informed his Ukrainian counterparts that unless this was done the Trump administration would withhold not just military aid – but ALL aid – from Ukraine.

Ukraine was in dire straits – fighting a military conflict in Eastern Ukraine against a well-entrenched Russian-backed Ukrainian militia force along with a complement of actual Russian military troops embedded within these units.  There was no television announcement by Zelensky immediately afterwards but by September the whistle-blower had made this all moot – unnecessary.  The cat was out of the bag.

Congress had already approved $400-million in military aid to Ukraine in the early part of 2019 & under the 1974 Impoundment Control Act that aid was required to be provided to Ukraine. Nothing could be used to interfere with that Congressional authorization – admin. policy or otherwise.  The Trump administration was unlawfully withholding that duly authorized military aid and just this week the non-partisan GAO – the Governmental Accounting Office – came out and said that that funding freeze by Trump was against the law – the 1974 Impoundment Control Act.

So, to get back to Lev Parnas – while he was being interviewed by Rachel Maddow on Tuesday night – he unequivocally pointed out that Trump was at the center of this military aid freeze – that he personally directed this freeze – that he was, in fact, using both Parnas & Rudy G. to pressure the Ukrainian government & the newly-elected president, Volodymyr Zelensky to make that public announcement of a Biden investigation on their national television – in exchange for receiving $400-million of badly needed U.S. military aid.

This is an absolute abuse of presidential power on the highest level.  So, that’s who Lev Parnas is and why he said the things he said on MSNBC this week about Trump. This is not just a quid-pro-quo – it is extortion – criminal extortion – by a sitting president.

So, get ready – for the Impeachment trial, all y’all’s.  Trump supporters – history is going to run over you like a bus. over & over & over again!  You’ll have tire tracks up & down your sorry-assed backs.  Now, let’s Make America Groovy Again!

Hung around St. Petersburg
Till Putin gave me some big-time change
I killed Bill Maher – God, I’m so sinister
As Hillary saw me go full-deranged

Pleased to meet you
Hope you guess my name
Ah, what’s puzzling you is
Will democracy ever be the same

I watched in glee, while poor Hillary
Went looking for emails – after a Russian burglary

I shouted out
Who allowed such obscenity?
When after all
Was my base & Nazi tv

Allow me to introduce myself,
In bad health & a total fake
I prey on FOX-TV viewers
Turning their brains into corn flakes

Get On Down — brief interlude — guitar riffs

Just as the GOP’s criminal
& all my supporters shits
As heads start to roll
Just call me Lucifer
‘Cause, hell
I’m in need of real restraint

Dear Diary, what a day it’s been
Dear Diary, it’s been just like a dream
Woke up in bed, Melania not where she should’ve been
For fuck’s sake
What’s happening to Giuliani?
Tweet lightly, yours truly, dear Twitter

It was cold outside my door
So many subpoenas by the score
Gushing around so frantically
They’re serving people who work all around me
Tweet lightly, yours truly, dear Twitter

It’s over, will tomorrow be the same?
I know that I’m really the one to blame
If they weren’t so blind then surely they’d see
There’s a much better way to end my presidency
Tweet lightly, yours truly, dear Twitter

He didn’t see anything he really liked
But, he said, you owe me everything

Somebody exploded a truck-bomb today
Probably Turkey against the Kurds

Commander Lying Liar-Bligh commands the “crew” to press on – & he does so with absolutely no mercy or the slightest hint of remorse!

“Fetching” Nancy-Christian rebukes Capt. Lying Liar-Bligh and shreds him of any legitimacy for leadership.

There will be no further flogging on our constitution with spurious & heinous acts of treachery, treason & self-serving & vile duplicity.

The ship of state has now been commandeered into more stable & deliberate hands – that of “Fetching” Nancy-Christian.

If there is to be any further flogging – it will be meted out on the rogue Captain Lying Liar-Bligh!  Any enemy of the Constitution is the enemy of the Republic.  The oath to defend & protect the Republic against all enemies, foreign or domestic – gives our “Fetching” Nancy-Christian no alternative but to bring Capt. Lying Liar-Bligh to justice & to account for his broken oath.

The mutiny on our constitution – the bounty of our Republic, as it were – demands that its enemy be dealt with swiftly & decisively.

“Fetching” Nancy-Christian will turn the tables on the run-away Capt. Lying Liar-Bligh & lay the groundwork for a real, not a sham, trial in the High Court of Admiralty.

Accountability is important – and no more so than at the very top – starting with this ship-of-state’s Captain.

“Fetching” Nancy-Christian, do your duty & instruct your crew to withhold any & all Articles of War until the rogue Captain of this ship-of-state instructs his flog-master – Sir High Bitchness Lord Mitchell McConnell – to stand down & follow his oath of office & convene a real trial – not a mock trial.

This means that witnesses are to be called – witnesses who before-hand were in the direct employ of the Rogue Captain of this ship-of-state — i.e., 1st On-Deck Quarter-Master Mick Mulvaney & Ship’s Security Officer John Bolton.

Thus, a trial with full & open testimony will allow the full weight of true justice to finally bring accountability – in the eyes of history – to this “overboard” Captain.

Officer Christian – the ever “Fetching” Ms. Nancy – do your duty & do no less!

Impeach
Do it
Repair the breech
Remove this leech

Impeach
Tyrants fall
So apply the bleach
Remove this leech

Impeach
Truth prevails
For all and each
Remove this leech

Impeach
Long overdue
Be like Stacy Keach
& remove this leech 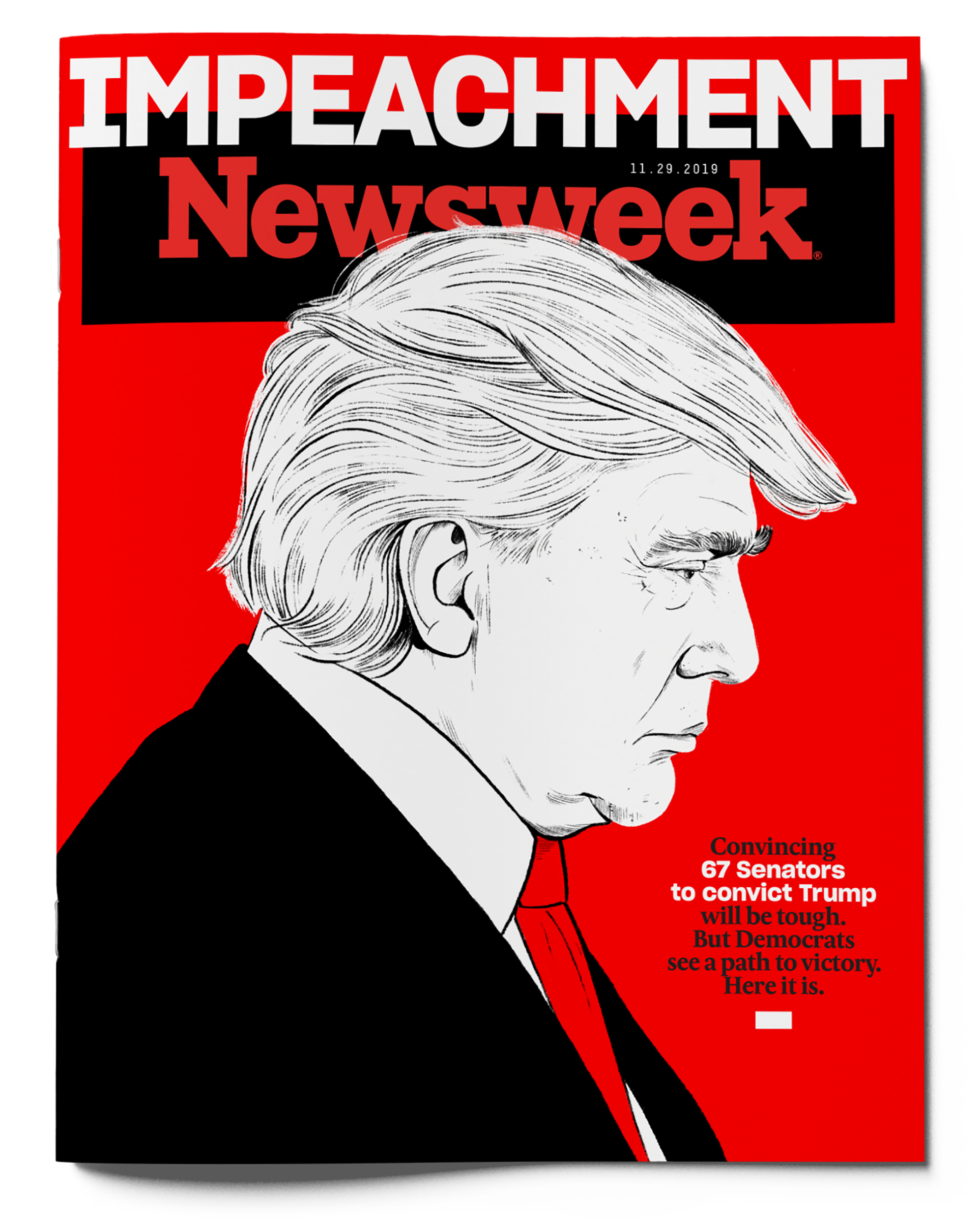 The Word Is Most Appropo For The Target Of This Whole Process — Donald J. TrumpChuk.

Let’s Take Each Letter In This Word – One-By-One – And Associate It With 3 Fitting Personality Traits Belonging To This Megadose Of Misfortune Of A Person!

Well, there you have it — Donald Trumpshit all wrapped into one word! — & that word will be his final comeuppance & justly-deserved & richly-rewarded farwell to “polite” society!  I hear the cell door slam shut. Michael Cohen will be out long before Mr. “Agent-Orange” & my oh my, what a fucking book deal he will have to pedal to the highest-bidder!!!

If you think you’ve seen Trump-Dump @ his worst, guess again, my kemosabes. We’re just getting this party started. You ain’t seen nothing, yet!

Trump + Co are circling the wagons as the Indians – (i.e., the “rest” of us) – are swooping down from the hills by the thousands and circling his wagons with a nonstop fevered frenzy.  Comanches are on high alert.  Geronimo is leading this pack and Geronimo never leaves the scene empty-handed.

We’ve got the House Judiciary Committee convening public hearings – beginning on Wed., Dec. 4th – which will feature constitutional law experts – in an effort to put this whole Ukraine investigation on solid legal ground – before any articles of impeachment against the Dumpster are issued.

Laurence Tribe will be one of these witnesses – considered by many to be the leading Constitutional scholar in this country.  He’s appeared before the Supreme Court 36 times.  He is a Harvard law professor.  If anyone can break all of this down – legally constitutionally – Laurence is the man,

The Judiciary Committee chairman, Jerry Nadler, has already publicly invited Trump & his lawyers to attend these sessions.  It doesn’t appear that his invitation will be taken up by Captain Crunch.

Facts are stubborn things.  Try as you might, you can’t make them simply disappear or go away.  The Republicans in Congress have been trying mightily to do just that.  They’re bound to fail and the advantage – in this regard – belongs to the Democrats.  If the Democrats don’t blink and just proceed without waivering or any dithering,  Nadler’s committee will have a full head of steam behind them when articles of impeachment against Trump are put forth.

But, you can bet that – Agent Orange – in the Oval Office – will be doing his damnedest to stir the pot and muddy the waters as this thing heads over to the U.S. Senate for trial. Trump is a fucking baboon and he will assume all of the chareristics of one in the days and weeks to come – as we get closer to a trial in the U.S. Senate.

No reputable legal counsel of any real consequence are now representing this rogue president.  No, the only recourse Captain Crunch has as of this moment is to go full gangster on our Congress and the Constitution. Trump has no regard – any real regard – for either one and is not coy or shy about admitting it.

Get ready to rumble, amigos – this one’s going into the gutter and any pretense to the contrary is – in Donald Trump’s words – BULLSHIT!

iTunes Platform – ALL Our Podcasts + Blog Posts – CLICK On IMAGE